I didn’t originally think that today would be a big sales day for me on eBay, but it was.

About a week ago, I wrote a post here about the discovery of mint errors on some of the new George Washington Presidential $1 dollar coins. 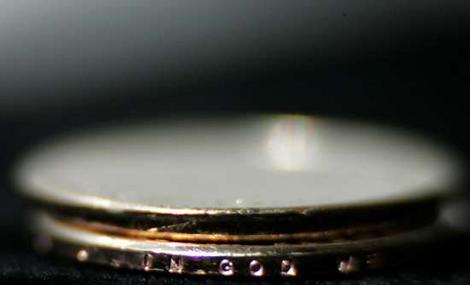 A dollar coin with missing lettering above one with proper lettering

Well, it took a while, but the mainstream press caught on to the controversial angle on this error today, and in a big way. Ironically, it’s the angle that Ray commented on in his comments on my post – no edge lettering means no “In God We Trust” on the coins with the errors.

This article from Australia has coverage of the dollar coin that sold for $405 on eBay. For more detailed coverage, check out this piece in the New York Times:

An unknown number of new George Washington dollar coins were mistakenly struck without their edge inscriptions, including ”In God We Trust,” and are fetching around $50 apiece online…

So far the mint has only received reports of error coins coming from Philadelphia, mint spokeswoman Becky Bailey said.

Bailey said it was unknown how many coins lacked the inscriptions. Ron Guth, president of Professional Coin Grading Service, one of the world’s largest coin authentication companies, said he believes that at least 50,000 error coins were put in circulation.

”The first one sold for $600 before everyone knew how common they actually were,” he said. ”They’re going for around $40 to $60 on eBay now, and they’ll probably settle in the $50 range…”

The coin’s design has already spurred e-mail conspiracy theories claiming that the religious motto was purposely omitted. That rumor may have started because the edge lettering cannot be seen in head-on photographs of the coin.

To show you how seriously the US Mint is taking this “conspiracy theory,” check out this hastily written post on the US Mint website.

So, how did this impact me? Well, as I posted on this blog last week, I had acquired some of the original bank rolls of the George Washington dollar coins and listed them on eBay. (Click here if you are interested in buying some – I still have a few left)

In order to drive traffic to my Store listing, like any good eBay seller, I put up a $0.99 auction to get some bidding going and to pull people into my coins. Using the eBay Marketplace Research tool, it was easy to see that about 100 rolls were selling daily, mostly out of the core auction listings.

My auction was set to close at 5pm today, so I checked it around 3pm. Imagine my surprise when I saw that my little listing already had over 800 page views. That’s an incredibly high number – I usually consider one of my auctions successful when it gets on the order of 50-75 page views.

Not knowing what was happening, I flipped to My eBay, and I saw that an astounding 15 rolls had sold out of my eBay Store, just in the past few hours.

Well, now I know. It’s interesting – the eBay bidding activity showed up well before my normal news sources gave me a clue to the cause. It just goes to show you how liquid and real-time the eBay marketplace is.

People must be bidding up these early rolls, hoping that there are mint error coins in them. I wish them luck. The bidding on the auction ended at $56 for a single 25-coin roll. Quite a premium. Mint errors are normally a big deal, because they are rare. The catch here is, if this error is common enough, the error won’t end up being worth much. It’s a gamble, and only time will tell.

I wonder now if this mini-press boom will get more interest around collecting these coins. I had expected the normal press coverage for the first coin, and then a rapid drop off in attention. However, it seems like now everyone will be rushing to get the John Adams coin, in the hope that there will be errors there too (don’t count on it).

Update (3/17/2007): If you are looking to buy original, unsearched bank rolls of the new George Washington dollar coins, I have procured a box of 40 rolls, in a box certified as wrapped on December 7, 2006. They are availablehere on eBay Express.  Sold out!  Will get more soon!
Update (5/24/2007): For a limited time only, I am now carrying unopened, original John Adams Presidential Dollar coin rolls in my eBay Store. Click here to buy them on eBay Express. I also have a few more original bank rolls of the George Washington dollar coins.  Click here to buy them on eBay Express.

If you are interested in the other rolls I am carrying, click here for all the coins I am currently selling on eBay Express.

24 thoughts on “Update: The Press Frenzy about the “Godless” George Washington Dollar Coins”