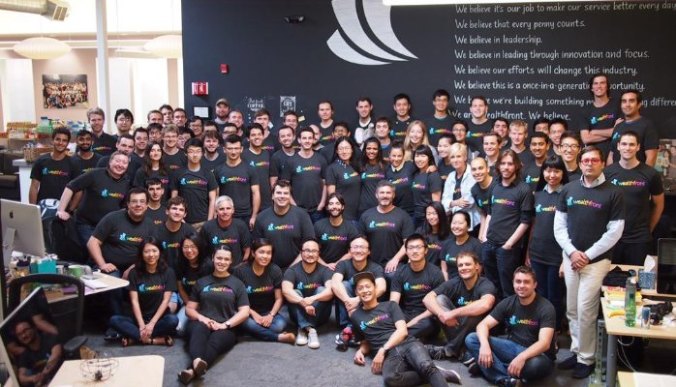 “A great business has to have a conscience. You have to know who you are and who you are not.”

History has shown that conventional wisdom in corporate communications has been to keep company statements high-level, formal, and uncontroversial. In the past decade, however, we have seen a secular shift from leaders of large companies like Apple, Costco and Starbucks, who are now more inclined to take a risk and speak up on issues that can be polarizing to different audiences.

In the past six months, I’ve had the opportunity to take a public stand for Wealthfrontthree times, and we’ve been fortunate enough to see those efforts rewarded in our growth. But speaking out as a CEO is never easy and it is never comfortable, so many are now asking the question:

When is it OK for a CEO to take a public stand?

Three Things to Think About

Leaders reflect strongly on their organizations, and CEOs cannot escape explicit and implicit comparisons with a company’s brand. So when a CEO makes the decision to take a stand, it has to be evaluated in the context of what’s best for the company. There is no real way for a CEO to divorce their position from that of their business, and a public position can trigger a reaction from all stakeholders.

Because of this, there are three core questions CEOs needs to ask themselves before taking a public stand:

Do You Have a Mission-Driven Culture?

“I think the currency of leadership is transparency. You’ve got to be truthful. I don’t think you should be vulnerable every day, but there are moments where you’ve got to share your soul and conscience with people and show them who you are, and not be afraid of it.”
— Howard Schultz, Starbucks

One of the most difficult, and yet valuable aspects of building a successful company is building its culture. If your company is mission-driven and values transparency, you’ll find that taking a public stand is often rewarded with increased passion, engagement and pride from your employees. It can also help amplify the appeal of your organization to talent seeking purpose in their professional endeavors.

For example, the leadership at Tesla has made a conscious effort to ensure their mission to accelerate the transition to sustainable transportation drives (pun intended) the company culture, so when Elon Musk takes an aggressive stand, people, whether they agree or not, listen carefully. It is much harder for the leader of General Motors to take an aggressive public position.

There is no way to take a strong position on a controversial issue and not produce waves, both inside and outside the company. But mission-driven cultures are not only more tolerant of that debate, but also often deepen and strengthens because of it.

Who are your customers?

There is a saying in design that if you try to design for everyone, you end up designing for no one. Great consumer brands are like great designs – they resonate emotionally with a specific audience.

It is naive to think that taking a stand on ethical issues will result in universal support. That’s why it is incredibly important to not only know who your customers are, but also have a deep understanding of how they will react to a public position and specifically the one you are taking. While the specific position taken matters, too often leaders ignore the more subtle, but powerful issue, or whether or not their brand supports the idea of taking a strong, public position on the issue.

There is a reason why it’s easier for Costco to take a public position on some issues than Wal-Mart. It’s customers are primarily urban, mass affluent and well-educated. Their revenue per employee is much higher, and that allows them to pay their average worker more. As a result, it’s easier for Craig Jelinek to take strong public positions on issues like employee compensation and benefits that align with their brand and their customer base.

Who are your suppliers, partners and investors?

Companies have a wide variety of stakeholders, but one of the largest limiting factors in CEOs taking public stands on controversial issues are the often invisible dependencies they have on suppliers, partners and investors.

In the 1990s, Microsoft was infamous for exerting a strong level of silent influence over software and hardware partners who were dependent on their platform. Investors also can wield influence, sometimes directly through the Board of Directors, and sometimes less obviously through financing and other relationships. This is why it is incredibly important to be picky about your partners and chose those who align with your audience.

A CEO who takes a public stand at odds with critical suppliers, partners and investors can quickly find themselves and their companies in a difficult position. This is probably the most common reason that, historically, most CEOs have been forced to avoid controversial issues.

By definition, opinionated positions will be polarizing. As a result, I’ve worked tirelessly at Wealthfront to build a company with purpose and mission, and build a brand supportive of taking on industry change directly. As a result, we’ve been incredibly vocal on issues that reflect the priorities and beliefs our our employees, our customers and our investors.

This past June, it was gratifying to see that our efforts around the fiduciary standard had an impact. In his four-page opening statement to Congress, Labor Secretary Thomas Perez cited Wealthfront as an example of a company serving the small investor and keeping their best interest front and center.

In July, it was heartening to see Acorns, another company in our space, respond positively to my call to fintech CEOs to drop monthly fees on small accounts. Their founder and CEO, Jeff Cruttenden decided to remove their monthly fee for students and investors under 24. Acorns is a mission-driven company, and it’s no surprise that they have quickly built the automated investment service with the most clients.

In general, taking a stand on an ethical issues is rarely good marketing, or positive for the metrics. Fortunately, July was a record month for Wealthfront. Over 3x as many people signed up for the service in July as did in January 2015, just six months ago. As it turns out, there is a huge population of young investors out there who are tired of business as usual, tired of the traditional financial services industry, and tired of rationalizations and empty promises.

Note: This post originally appeared on LinkedIn on August 13, 2015. It has been replicated here for archival purposes.