Silicon Alley Insider: What’s It Like Working for LinkedIn by Nicholas Carlson

It’s a short piece that covers the basics of working for a hyper-growth, late stage web 2.0 startup.  The piece begins with the following:

During a recent trip out to the Bay Area, we swung by the LinkedIn world headquarters.

We learned that LinkedIn may be the “serious” social network, but the people behind the site know how to have fun.

They wear gorilla suits to the office. They play frisbee golf around cubicles. Sometimes, they build robots modeled after each other.

Sounds like fun, right?  The article has a 24-slide series of photos to illustrate the trip.   The slide show is called:

LinkedIn is Made by Robots and Men in Gorilla Suits

It turns out that I am, in fact, the Man in the Gorilla Suit.

On Slide 17, you see a picture of the large stuffed gorilla that sits next to me at work:

I asked Kay, “what’s with the stuffed bear?” Her answer: “Get your facts right, it’s a stuffed gorilla. Sheesh.” It belongs to VP Adam Nash… 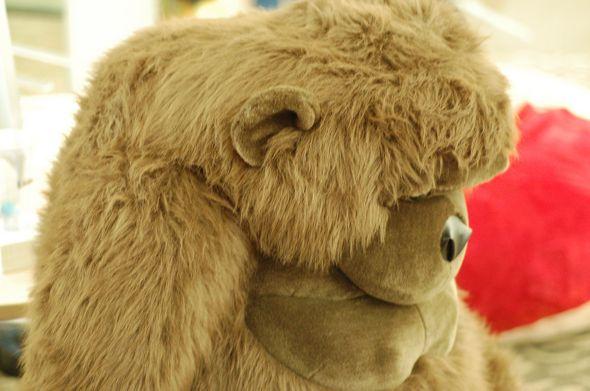 On the next slide, they provide the snapshot from the FAQ page on the company store, where I’m posing in gorilla suit, wearing a LinkedIn t-shirt:

…who is sometimes known to wear a gorilla suit around the office. 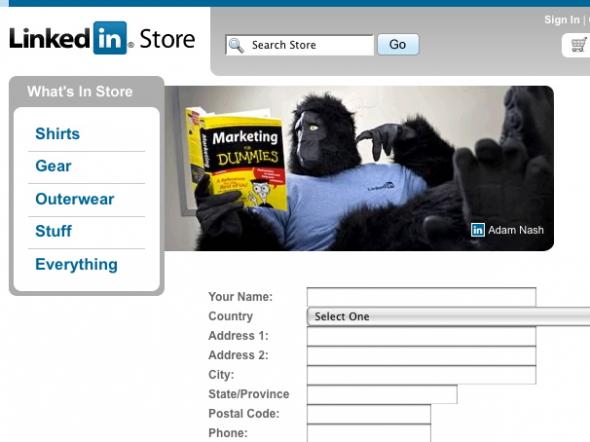 As my brother would say, “It’s funny because it’s true.”

It turns out that the Gorilla suit is just about my favorite Halloween costume.  Originally an eBay purchase in 2005, I wear it every year to the office.

So now you know.